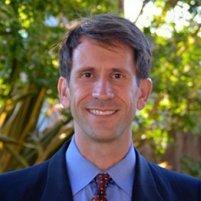 Ralph B. Armstrong, DO

Dr. Ralph Armstrong is a Board Certified physician who serves residents who live in and around the Hollister, California, area. At Hollister Women's Health, the doctor and his staff offer several different screenings, including STD testing.

How is STD Testing Performed?

STD testing is performed in different ways. Urinalysis and blood tests are the most common ways to check for sexually transmitted diseases. Blood tests are used to test for HIV/AIDS, gonorrhea, syphilis, Chlamydia, and other STDs. A pap smear is used to test women for the HPV virus as well as other potential abnormalities that can be caused by STDs and other health conditions. Doctors will often perform an STD screening each year during a person's annual physical or a woman's gynecological exam. Individuals who have multiple partners may want to be tested more frequently. Most people wait until symptoms begin to appear before they make an appointment for an STD test. Having the test performed every six months is recommended.

What are Common Symptoms of STDs?

STDs can have a wide range of symptoms. Itching, redness, rashes, foul smelling discharge, and painful intercourse. Different STDs will cause different symptoms. HPV, for example, is characterized by small clusters of warts that resemble small bumps or tiny heads of cauliflower. Other STDs may provide no symptoms at all during the firs few months. Syphilis and HIV/AIDS are excellent examples of this. Certain STDs can remain dormant for several months or years before they begin to produce symptoms that may give an indication that there is a potential health problem. Doctors recommend being tested for STDs each year if a person is sexually active.

STDs can be transmitted in many different ways aside from sexual intercourse. HIV/AIDS, for example, can be transmitted through the transfer of bodily fluids, whether they be blood, saliva, tears, or semen. Although the virus only lasts a few hours outside of the body, it is easily transferred through the passing of fluids. Herpes can be transmitted through saliva. Because there are numerous ways to pass STDs from one person to another, doctors encourage their patients to practice safe sex whenever possible, limit the number of sexual partners, and abstain from using the same glass or eating utensils as other people.

Here are just some of the insurance we accept. To find out if your insurance is accepted, give our office a call!

Words from our patients